TOP 5 REASONS WHY ONE MUST LEARN PYTHON

Coding continues to be a buzzword today and indeed, there are many programming languages one can learn now. That said, if you are looking to start learning coding, then Python is a great starting point. A general purpose, high-level programming language, Python is a very popular language and an ideal choice for beginners, including kids and teens. 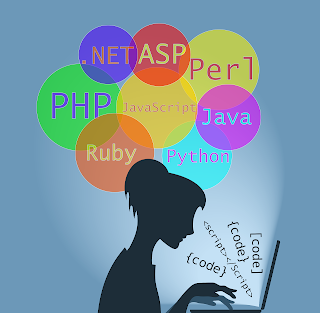 2. Easy-to-learn and experiment with: One of the easiest programming languages to learn, Python has syntax that is a lot like English. It also lets programmers write concepts in fewer lines of code, making Python very efficient and fast. This is a great advantage to beginners. Moreover, Python is quite flexible as a coding language; unlike many other languages, it allows developers to experiment.

3. Enjoys support of good documentation and community plus an extensive network of Python libraries: There are a lot of guides and video tutorials one can look at while working with Python. This community support makes it very easy for anyone to get started with computer science through Python language. Moreover, Python has many libraries that one can use to minimise one’s time and effort during development. For instance, matplotlib can be used for plotting charts and graphs; SciPy for engineering applications, science, and mathematics; BeautifulSoup for HTML parsing and XML; NumPy for scientific computing and Django for server-side web development.

4. Versatility and Cross-industry appeal: Python can be used in many types of environments such as mobile applications, desktop applications, web development, hardware programming, and many more. This makes it a highly versatile coding language. Today it is widely used are Big Data Analytics, Internet of Things (IOT), Full Stack Web Development, Computer Vision, Machine Learning and Artificial intelligence.

5. Backed by top colleges and the corporate world: Python enjoys support from the majority of the top computer science college programs; more often than not it is the first language taught as part of the computer science curriculum. Similarly, it has seen support from Facebook, Amazon Web Services and Google. In fact, many of Google’s applications and platforms use Python.

Where can one start learning Python? There is no scarcity of free learning resources today; one can easily look up free tutorials online. However, it is a good idea to consider joining a coding class for greater accountability. California-based YoungWonks is a top coding program for kids and teens. It offers students personalised attention in live lessons and gives them a top-notch introduction to electronics and computer science, encouraging them to unleash their creativity by making new programs, apps, websites and electronic devices from off-the-shelf electronics hardware. Its students have even won first prizes at the RoboRave International 2018, RoboRave California 2018 and RoboRave US National 2017 .