Cryptopreneurs Nischal and Omar announce Shardeum - an EVM-compatible sharded blockchain with infinite scalability, true decentralization, and solid security. The project aims to solve the biggest issues faced by Layer 1 (L1) blockchains - low throughput and high fees. Shardeum, like the Internet, will be open, collaborative, and community-driven and would democratize accessibility to decentralization. 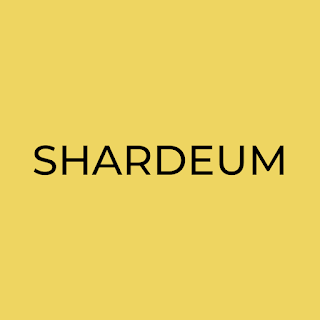 The last decade has witnessed the ever-growing popularity of blockchain and the emergence of its applications. However, one issue has remained consistent, i.e., lack of scalability. It has been discussed that sharding is the best solution to this issue, and Shardeum aims to do exactly that without compromising the principles of decentralization and security. Shardeum will use dynamic compute and state sharding to accommodate billions of daily active users, allowing for global-scale decentralized applications. The project is developing a novel technology that incorporates sharding and auto-scaling to provide high throughput, low latency, and immediate finality while maintaining the highest level of decentralization and security possible.

Blockchain is poised for mainstream adoption with countries like India, Vietnam & other emerging markets becoming the fastest crypto adopters as per this Chainanalysis report. A rapidly growing user base is causing L1 blockchains to become slower, expensive, and unsustainable. Networks are exploring sharding to tackle the compute bottleneck and increase network capacity. Due to its low transaction fees and immediate finality, Shardeum aims to acquire a large user base in emerging markets like India, Brazil, Nigeria, etc. and for every country where blockchains are primarily used for Gaming, payments, and P2P transfers.

Nischal Shetty, Founder of Shardeum said, “Blockchain scalability is one of the biggest barriers to crypto adoption. Existing infrastructure is slow and expensive. With Shardeum, our goal is to provide the world with a sharded, infinitely scalable blockchain while ensuring true decentralization. We are building a crypto infrastructure that can support over a billion people. We will be focused on making it cheaper and faster with every release. With Shardeum, decentralization will be affordable for everyone.”

Shardeum’s unique architecture and consensus mechanism encourage broad participation from nodes with minimal hardware requirements. The project aims to use Proof of Stake and Proof of Quorum as a consensus mechanism. Shardeum will also have a native utility token called SHARD ($SHM) which will be used for running transactions on the network, incentivizing validators, running DApps, etc. The project whitepaper will be made public soon.

“The problem of scaling blockchains while maintaining a high level of decentralization and security has existed ever since Bitcoin started becoming popular. The current platforms are so focused on achieving a higher transaction rate that they sacrifice decentralization. We want to build a platform that is highly decentralized so that many people can participate and the transaction rate actually increases with more participants. This is possible with dynamic sharding and is radically different than anything else that is out there. I think Shardeum will be like the Tesla of smart contract platforms.”, said Omar Syed, cofounder, Shardeum.

The team plans to build Shardeum on the guiding principles of OCC, i.e., Open, Collaborative, Community-driven, and ensure that anyone on the internet will have access to discussions, information, ideas, documents, and just about anything about the project. Shardeum is targeting fundraising and the launch of its alphanet by April 2022 followed by its betanet launch in Q3 2022. The mainnet is estimated to launch towards the end of Q4 2022.

Shardeum is an EVM-compatible sharded blockchain with infinite scalability, true decentralization, and security. Shardeum aims to solve the blockchain trilemma that many Layer 1’s (L1s) face by implementing compute and state sharding in its architecture. Many L1s have achieved only incremental scalability through changes at the protocol level like increasing the block confirmation speed or size of the block. Shardeum has been built from the ground up with the aim to achieve Internet scale and affordability.