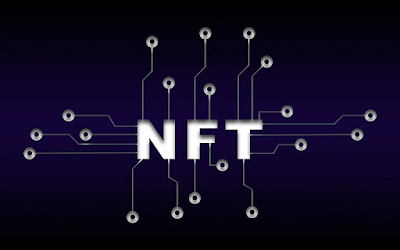 NFTs are everywhere as we enter 2022.

They’ve permeated into pop culture, and it seems everyone is getting on board. Last year, when Beeple sold his artwork for $69m, NFTs seemed niche. Now, even your local college football stars are getting involved, and it’s hard to keep track of what’s hot and what’s not.

For the uninitiated, an NFT is a non-fungible token, a digital asset with no physical form that can be bought or sold. Ownership comes via blockchain, which creates a digital certificate of authenticity if you like, identifying the owners. They can be bought or sold are commonly pieces of digital artwork. For example, Jack Dorsey sold the first-ever Tweet on Twitter for almost $3m in March. It’s not a physical item, but it has a resale value.

Usually, NFTs are traded on a platform such as Open Sea and consist of anything from code to artwork and a whole load of things in between. It can get a little baffling, so if you’re thinking of investing but don’t know what’s good and what’s not, we’re here to help. Here are the NFTs to keep a keen eye on in 2022.

Not every NFT is worth millions. In fact, some of the most investable assets are available for a few dollars. The fan token gives supporters of sports teams digital influence over their heroes. They’re predominately found in Europe, adopted by clubs such as Barcelona and Paris St Germain. Each token costs a couple of dollars and can fluctuate in price depending on the team. For instance, when Lionel Messi signed for PSG in the summer, the value of their fan token rose. Interestingly, one company that provides fan tokens, Socios, is targeting a US expansion, which could mean a huge bump in value. They’re certainly one to watch, as is the blockchain behind it, Chiliz.

One genre of NFT that has seemed very popular is that of digital trading cards, and autograph.io attempts to go one better. Autograph.io gives people the chance to collect customized autographs from the likes of Tiger woods, Naomi Osaka and Usain Bolt. It’s been co-founded by Tom Brady and offers one-of-a-kind digital signatures that also come with exclusive content. There’s good reason to keep an eye on this area; trading cards have always been a popular pastime in the US, and by turning digital, the company are offering an old hobby in a new and exciting form.

Crypto Baristas is starting small, with 60 caffeine-loving characters available at first. Their launch is helping to fund the first-ever NFT funded café, but long-term, it is hoped that an expansion will see Crypto Baristas become a known brand globally. Owners of the characters control the Barista Bank, a 15% fund drawn from the café’s future revenue for use in projects or charitable organizations. This is an interesting concept as it looks to mix a physical location in New York City with the concept of NFT ownership, and if it is a success, scale up quickly across the country. If it is a success, it could be a good project to pick up at this early stage.

If you enjoyed this article, you might like our piece looking at Media Eye, an NFT creation platform.